Deploying with Visual Studio for the first time

In the past I always deployed with Powershell, with the new Azure Resource Manager I started to investigate deploying with Visual Studio.

To start building your projects in Visual Studio, you’ll need the following:

So where to start now I have all of the software needed? Well, Visual Studio has different project templates, so let’s start with one. I used the “Azure Resource Group – Windows Server Virtual Machines with Loadbalancer”. 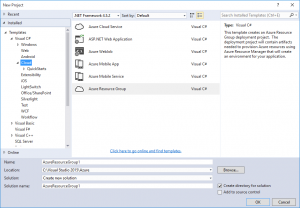 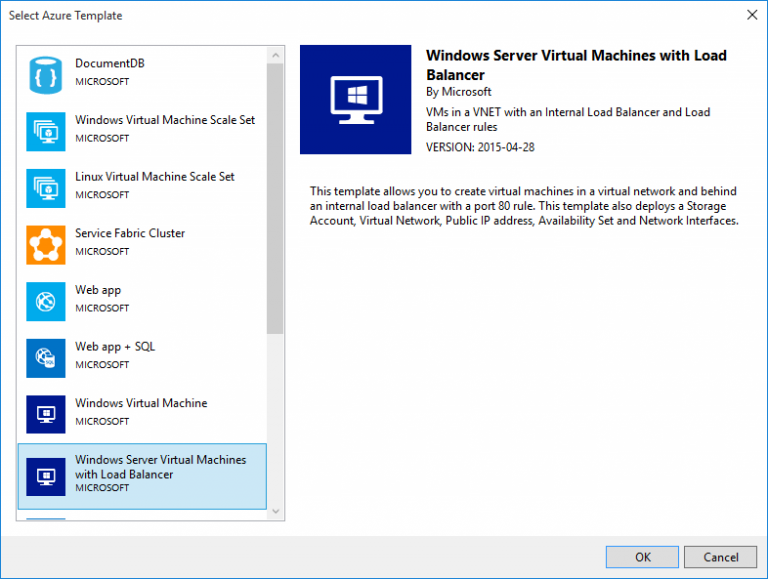 Great, so now we have a JSON. But this ‘just’ deploys a StorageAccount, AvailabilitySet, VNET with 1 subnet, 2 NetworkInterfaces, 1 LoadBalancer and 2 VirtualMachines. Nice, but understand how the JSON is built, what is in it, how it works and I would like to extend it.

As I work at a large ISP, I just took a design of a customer to build in Azure. The design consists of a firewall cluster, a web frontend and a database cluster in the backend.

Extending the VNET with extra subnets wasn’t that hard. An extra AvailabilitySet was also a piece of cake. Getting the LoadBalancer, NetworkInterfaces and Subnets to work was a little bit more tricky, as you need to keep everything in sync between those. After having those in place putting the backend servers in the script wasn’t that hard.